I was out the door this morning by eight and in pursuit of the lovely grayling that swim the river Taff.

The river is just recovering from a heavy flood and I didn’t expect much because of past experiences of fishing after big floods but it didn’t bother me if I caught something or not, I just love being out on the water. The river bed has changed quite a lot and the shingle beds have moved all over the place, not a good thing for the reds im sure! But something good came out of it with a few nice holes and a few new runs scattered around the river making great spots for the grayling to ambush their passing prey or my nymphs:).

I had a play around with my video cam in one run that was fishing well and came up with this below.

I was fishing the french leader but not fishing it far away, more bugging really, fishing it just beyond the rod tip and keeping everything tight. I didnt even bother looking at the deeper waters I just concentrated on the water averaging from a few inches to about 2 ft.  Two nymphs as usual, on the point I was using a size 16 silver bead hares ear jig and on the dropper a copper head PT jig. I caught a good number of small grayling and one half decent grayling running on the 1lb mark, also a few nice size trout but I do wish someone would tell them that its out of season and they should stop taking my tasty nymphs 🙂 With the quality of the trout now at the moment it should be a cracking trout season. I’m so looking forward to hitting the small streams and one of my favourite rivers, the Rhondda!

The biggest grayling of the day below after unhooking. 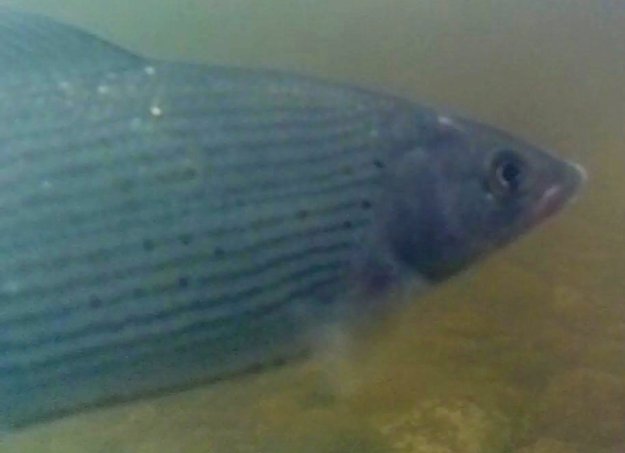 The day turned out better than i thought it would so it was great.  Im really looking foward to the weekend so roll on friday to wet a line again!

2 thoughts on “Nymphing on the River Taff”